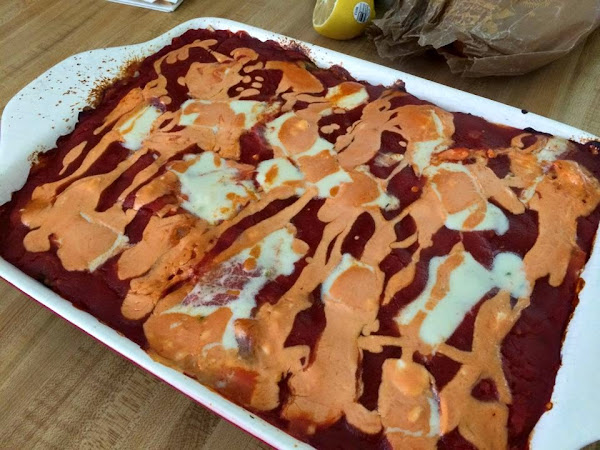 My go to enchilada casserole. I normally use quinoa but goddamn, is quinoa getting expensive or what? I used couscous instead today. Came out great! Pretty much just sauteed onions, celery, peppers and garlic with herbs and spices (cumin, oregano, chili powder, cayenne), then added a can of diced tomatoes, 1 can of black beans, chopped zucchini and asparagus. After the veggies were tender, I added cooked couscous (1/2 cup dry) and mixed it all together. Then I layered the mixture with flour tortillas and tomato sauce in a baking dish, then topped with more tomato sauce, Daiya cheese and vegenaise. I used El Pato tomato sauce which is spicy. Then I baked it at 350 F for 45 minutes. 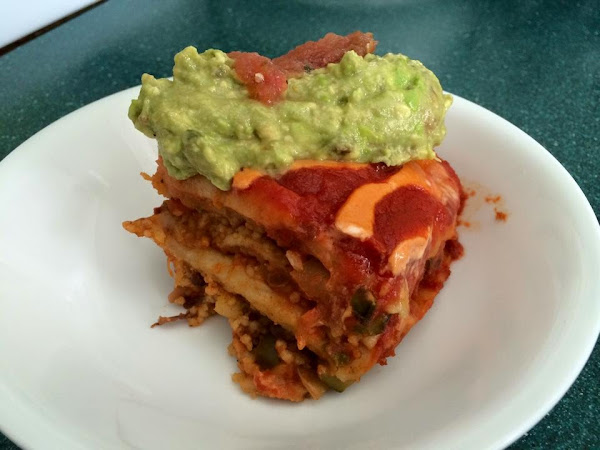 Topped with guacamole and fresh salsa. 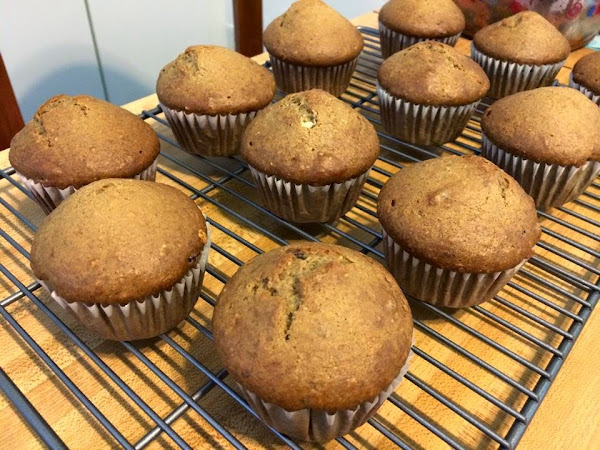 Date and Raisin muffins. The raisins are in there somewhere. The dates are in the puree. I used this no sugar, fruit sweeteened muffin recipe. I chickened out and added a little bit of sugar to the batter. I also added a handful of 10 grain cereal, a bit of blackstrap molasses and sultanas. I'm still on the lookout for a vegan sticky bran muffin recipe. I wanted something like that today but didn't have any bran lying around. And I also love eating it. Jamie Oliver made up the word pukkola by combining the words "pukka" (which is hindi slang for "very good")and "granola". It's cute. I made a huge batch last night after shopping for some ingredients. The thing I love about this soaked muesli is that you can add what you like. I grabbed a glass jar and filled it with a mixture of instant rolled oats (I like my muesli mushy), dried apricots, raisins, cranberries, almonds, pecans and walnuts, a handful or so of Bob's Red Mill 10 grain cereal and a little bit of chia seeds. I made a portion to soak overnight by adding about 3/4 cup of the mixture to my little tupperware and covering it with almond milk and adding cinnamon. I usually grate 1/2 an apple in there to soak but I didn't have any apples. In the morning, I added 1 sliced banana and more almond milk, cinnamon and agave to taste. 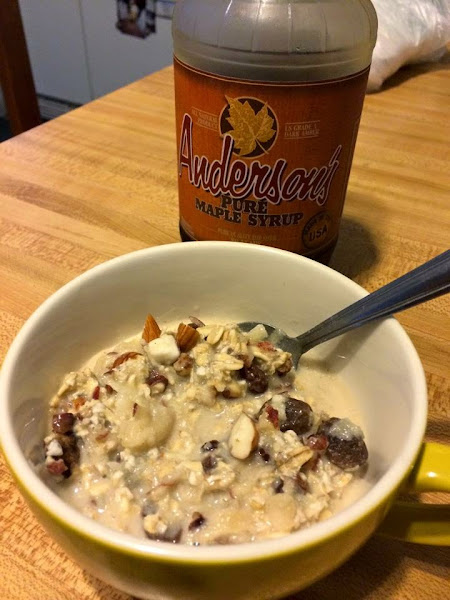 Pukkola is basically bircher's muesli. I first found this recipe a few years ago in Jamie Oliver's cookbook, "The Naked Chef Takes Off." Soak oats, raisins, nuts and grated apple in almond milk and leave overnight in the fridge. The next morning everything has softened up and once you add your sweetener of choice and some cinnamon, you're good to go! 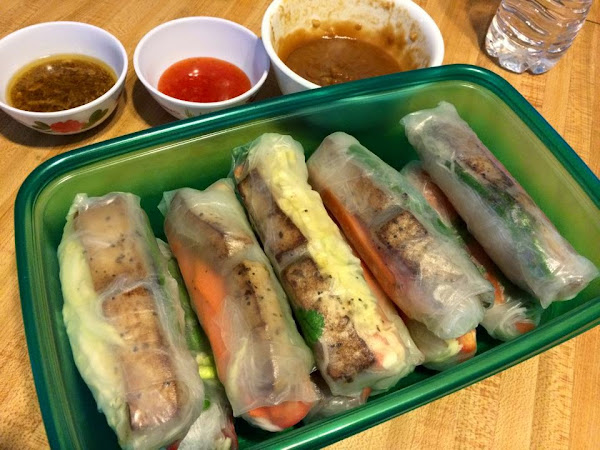 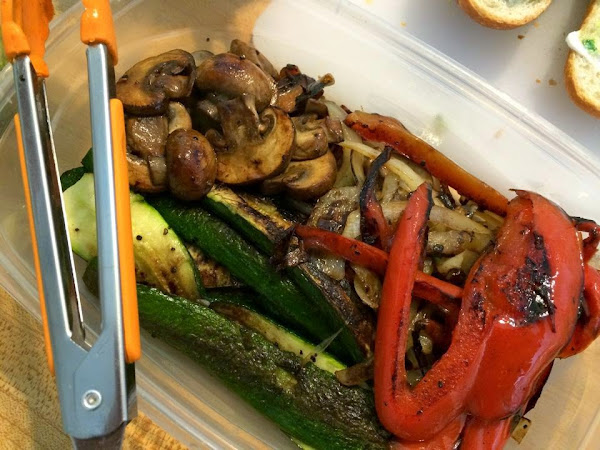 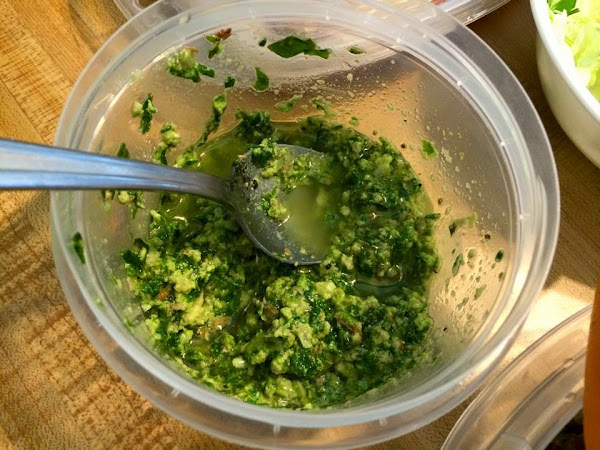 Pesto made in my mortar and pestle. I never use my mortar and pestle and I've been inspired by Jamie Oliver's cooking and he uses it all the time so I decided to make my pesto this way. I bashed the almonds and garlic first then added chopped basil and pounded until it all came together. I left it coarse and then added olive oil, lemon juice, salt and pepper. 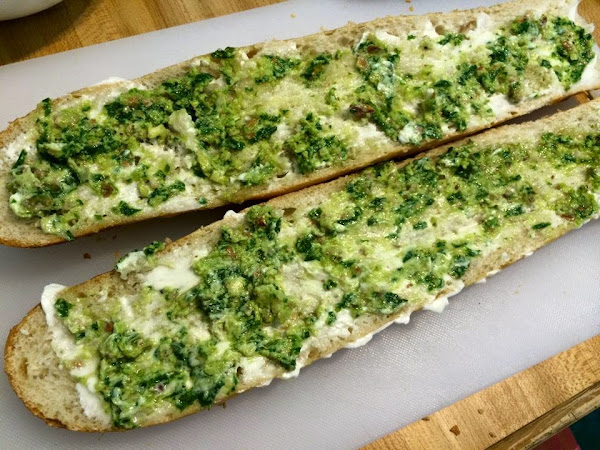 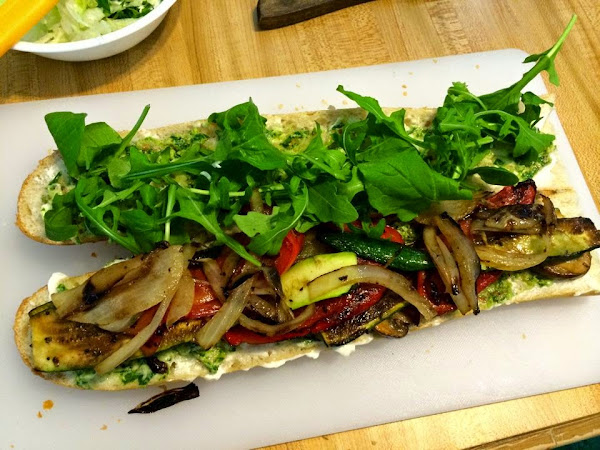 Assembling. Added some fresh arugula too. 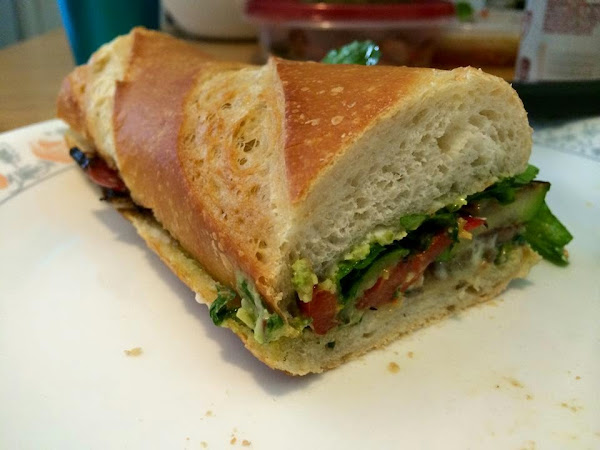 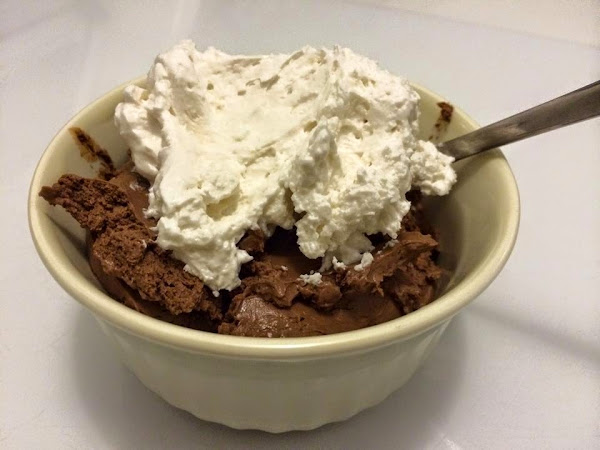 Vegan chocolate pots, a recipe by Jamie Oliver. I really loved the taste and texture of this. Thick, yet fluffy and rich. I used soft tofu instead of silken which is why my pudding is so thick. Topped with Coconut Whip! 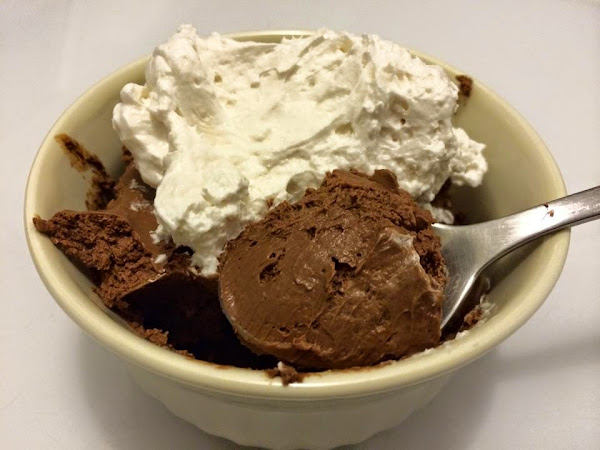 Posted by kmouse at 3:07 PM No comments: 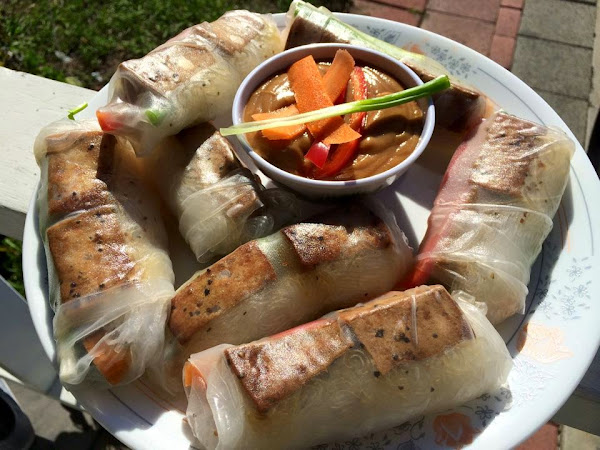 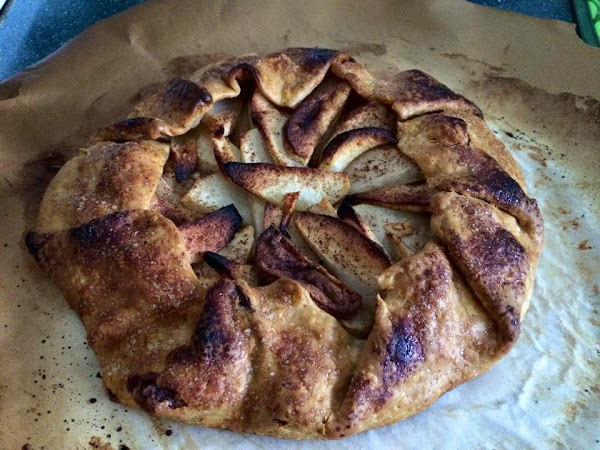 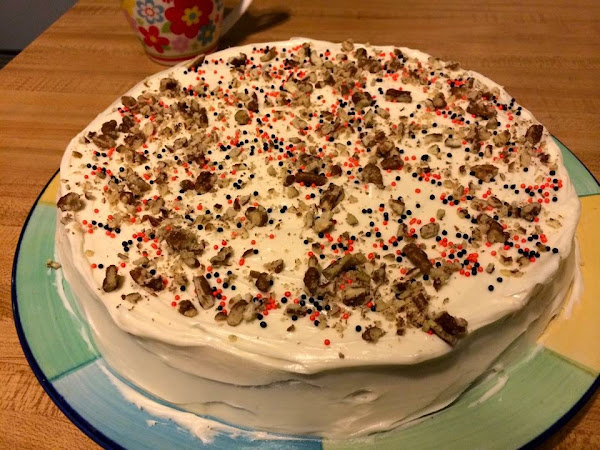 Last week on Tuesday it was National Carrot Cake Day. I had no idea it existed but my friend posted about it on Facebook. I liked the idea of that and it's been ages since I've made a carrot cake. I must have a long long time ago pre-vegan. So it was time to make a vegan one. 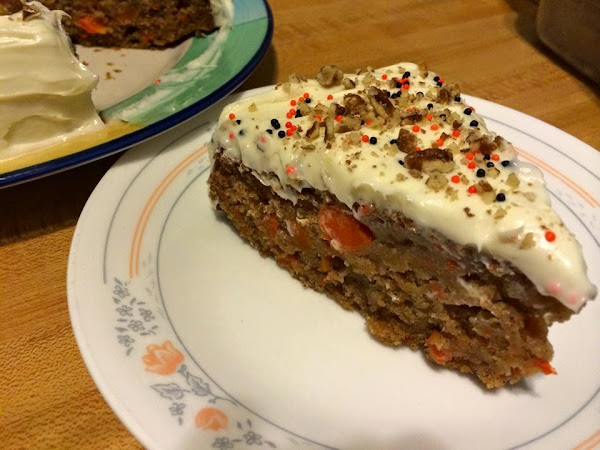 That day I got home from work and used what I had at home. I used Kittee's Vanilla Cake recipe and just added 1 1/2 cups of shredded carrot and some cinnamon, nutmeg, clove and ginger. Shop bought frosting, some chopped nuts and a few Halloween sprinkles later, I had a carrot cake! 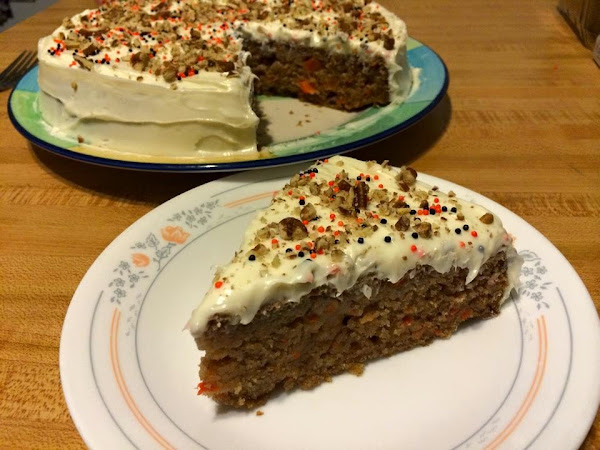 This was so moist and delicious! I'm not too crazy about shop bought frosting so I made a mental note to make a cream cheese based icing next time. 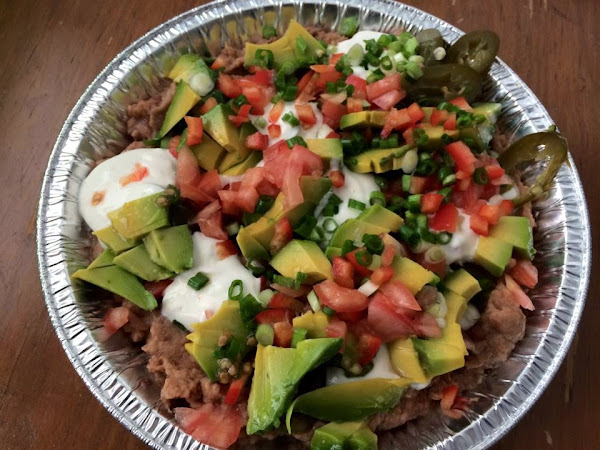 Bean dip we had today. I can eat this everyday it's so good with crispy tortilla chips. 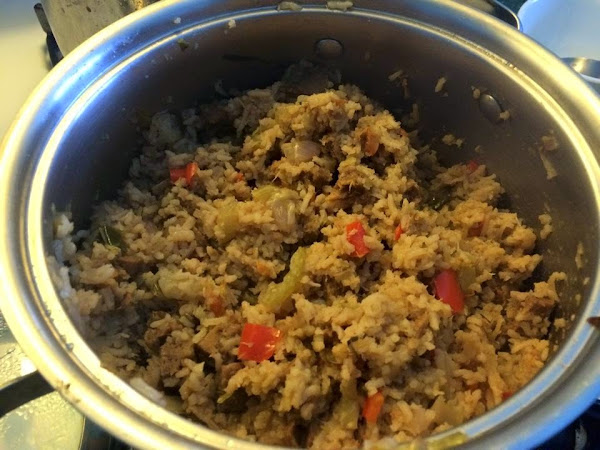 This is Bryant Terry's "Not So Dirty" rice recipe from Vegan Soul Kitchen. It's really tasty. I made a big pot of it so I can take it to work for lunches this week. I used Tofurky sausages in it instead of seitan and tempeh. 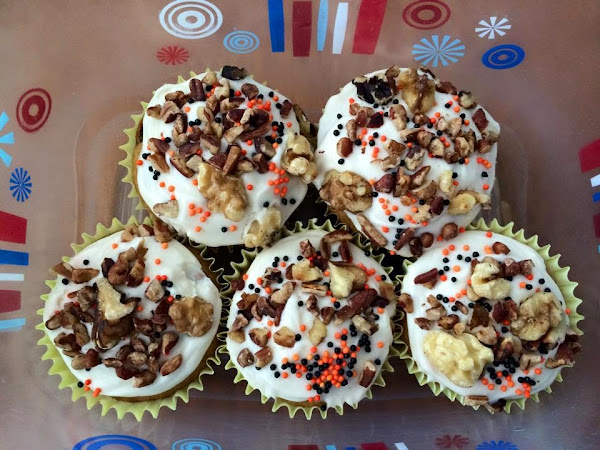 Carrot cake fever again. This time in cupcake form. I used a different recipe today from Vegan Cupcakes Take Over The World along with cream cheese frosting. I accidentally added extra flour so I had to compensate by adding more liquid but it still turned out good. 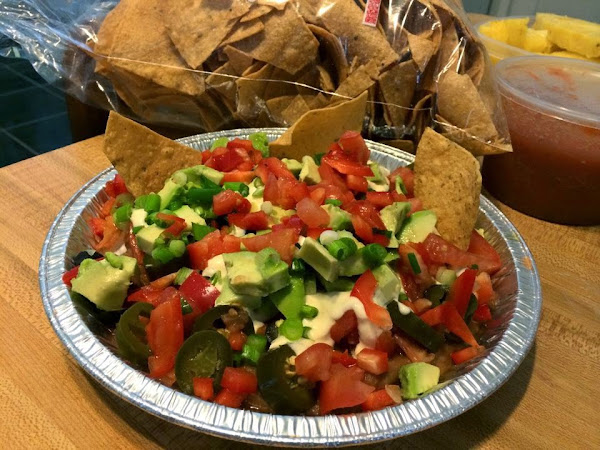 Not watching the game but I got dip! This is a healthier version of layered dip. We got refried beans, olives, red bell pepper, tomato, avocado, pickled jalapenos, scallions and vegan mayo mixed with lime juice. So yummy! 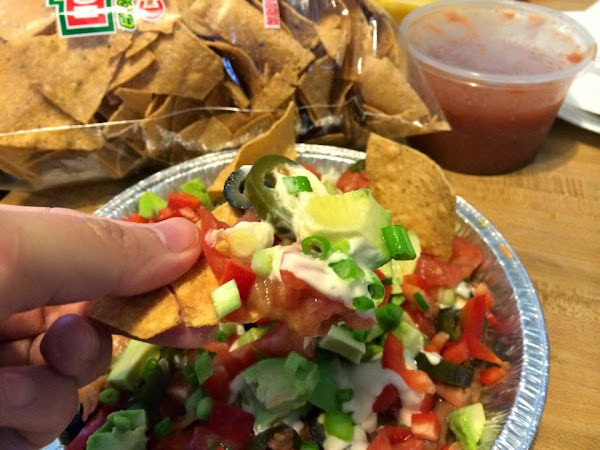 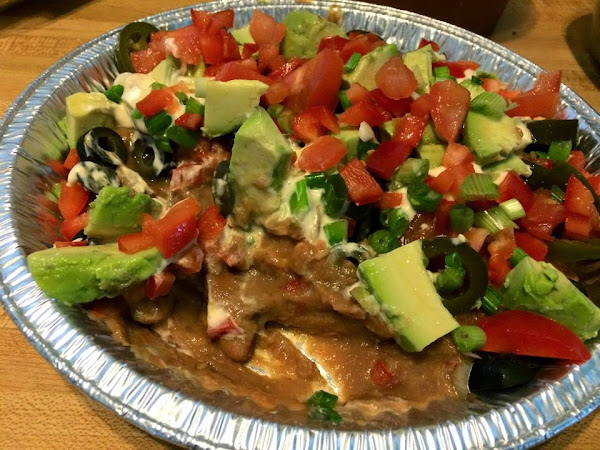 Posted by kmouse at 2:47 PM No comments: