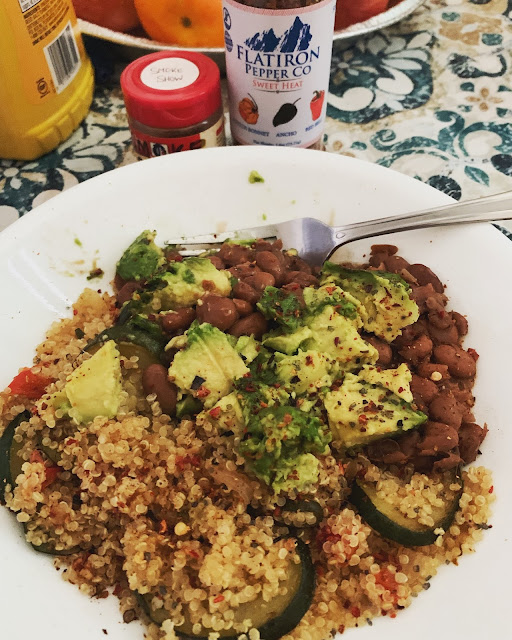 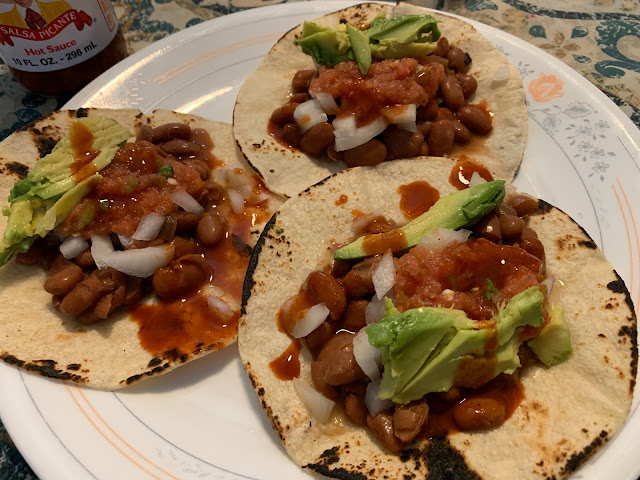 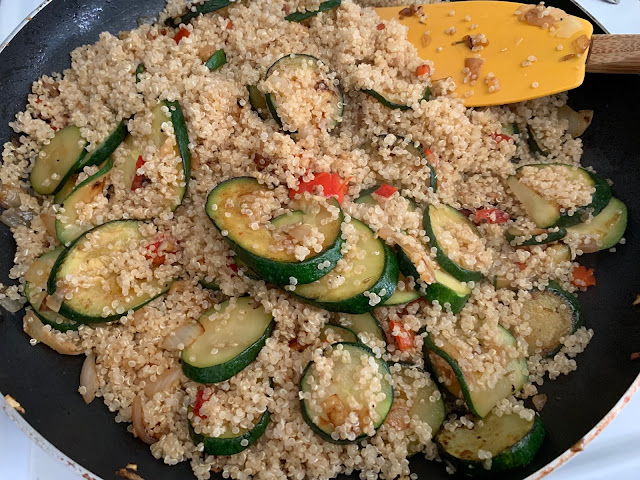 Quinoa with zucchini and onions from River Cottage Veg.
Posted by kmouse at 9:43 PM No comments:

The usual suspects: grilled veggies that I had marinated in olive oil, lemon, garlic, bouquet garni, paprika, grilled potatoes and Beyond Sausages! 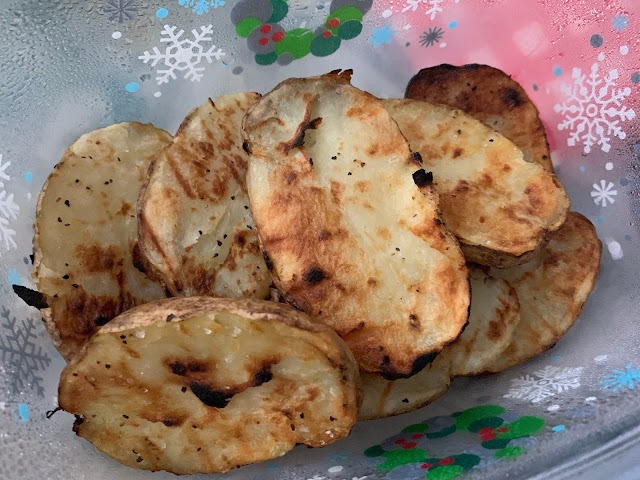 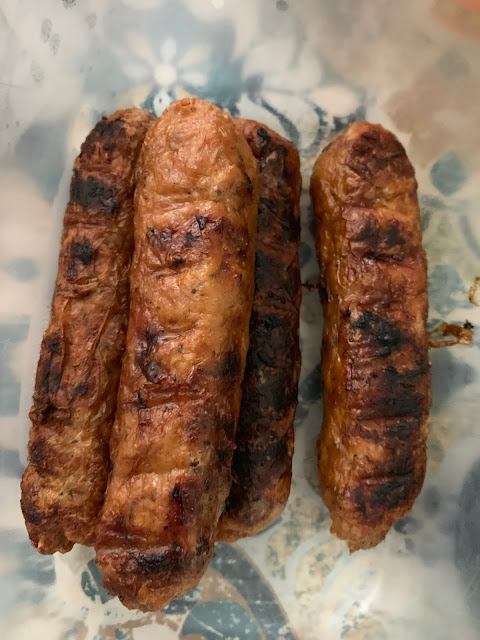 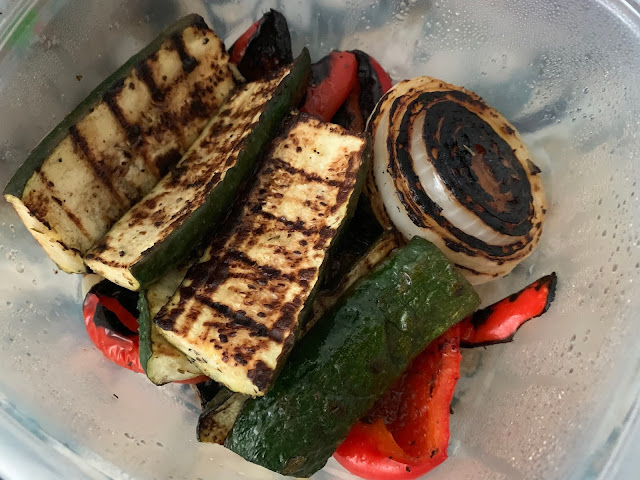 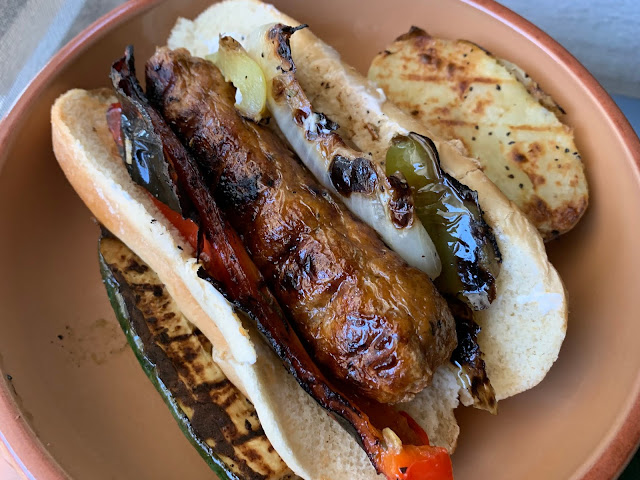 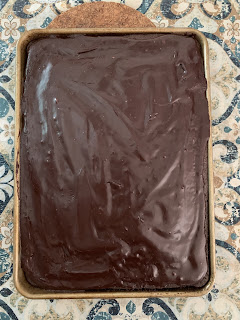 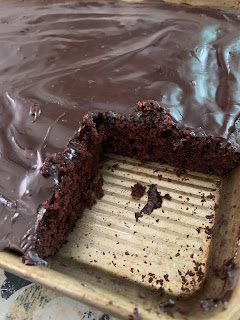 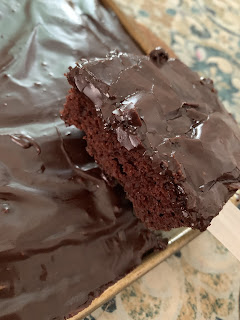 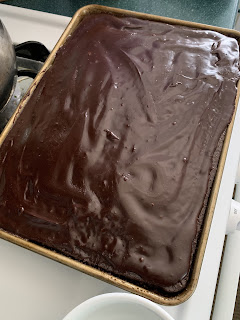 Posted by kmouse at 5:36 PM No comments:

Ok, look away if you don’t like fried food! I don’t normally fry but this Thai style fried tofu was really delicious. I had some tofu in the fridge that was frozen and thawed out - this creates a chewy texture when you cook it. I sliced them up and dunked them in a wet batter that was a mixture of flour, cornstarch, mushroom soy sauce, mushroom powder, white pepper, black pepper, minced fresh garlic, a pinch of sugar and water. I fried in a pan with shallow oil on all sides until browned and crisp. The batter created a wonderful crispy crackly skin! The insides were nice and chewy. And the flavor was very Thai style, salty and garlicky. I cut it up and served with rice and Hainam sauce. 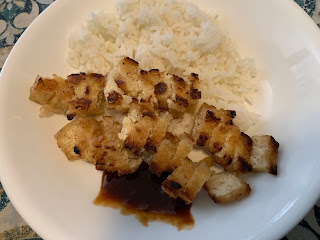 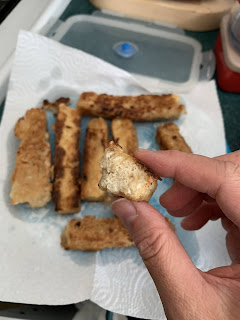 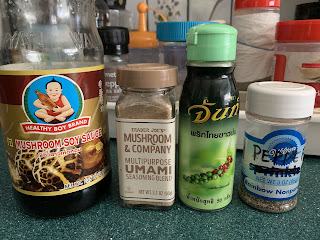 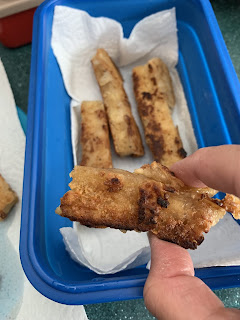 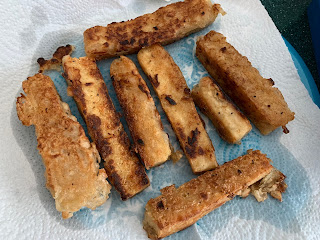 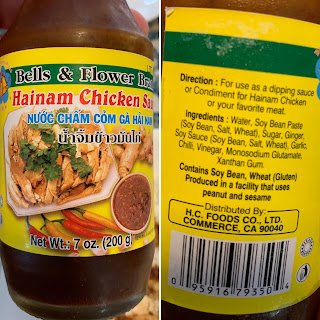 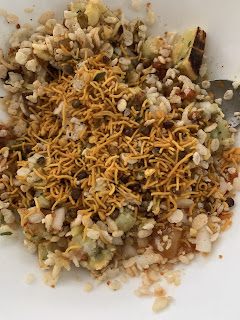 I’ve been on an Indian snack food kick so today I made another popular snack called Bhel Puri which is made with puffed rice. I read somewhere that plain rice crispies cereal will do the trick. I lightly toasted them in a pan and added chopped onion, cooked potatoes, garlic chutney, coriander mint chutney and mango chutney. I wish I had tamarind! On top I sprinkled Bombay mix (didn’t have plain sev which are crispy chickpea flour noodles), chat masala, chili and lime juice. Burst of flavors and textures!
Posted by kmouse at 12:58 PM No comments:

This is my attempt to make a less fried version of a popular Indian street food snack called Vada Pav! It’s basically potato patties that have been battered and fried and are served in a soft roll with different flavorful chutneys.

I seasoned them with mustard seed, garlic, ginger, asefetida and cilantro. I didn’t have curry leaves and I know that flavor profile is missing. The batter is made with chickpea flour. I made mint and coconut garlic chutneys yesterday so I was glad to have something delicious to put them on. I used Vada Pav recipe from Tarladalal.com and they said it’s possible to pan fry instead of deep fry. They turned out pretty good though not as authentic because I didn’t deep fry, no curry leaves and I didn’t have the right bread. I used a soft artisan burger bun instead. But with all the chutneys piled on, it was absolutely delicious. The potato patties were slightly crisp on the outside, soft on the inside and the chutneys were spicy, tangy and so flavorful. I recommend! 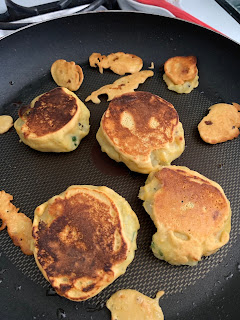 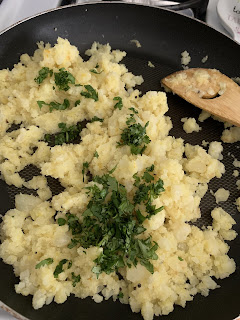 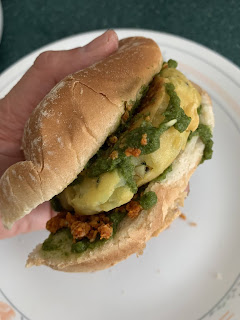 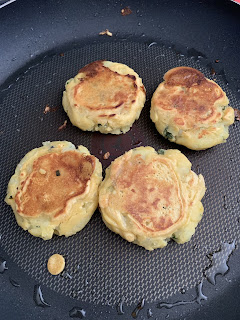 Posted by kmouse at 2:11 PM No comments: 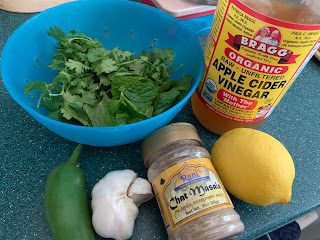 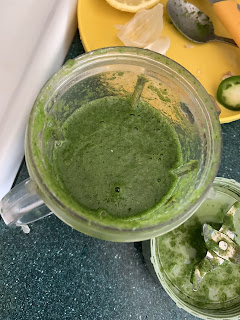 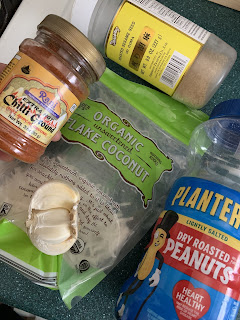 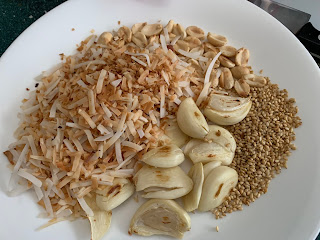 I also made Coconut garlic chutney from whiskaffairs.com I’m definitely going to be giving the popular Indian snack Vada Pav a go so I can use this. It’s fiery because of the chili blend I used but also nutty and sweet from the coconut. 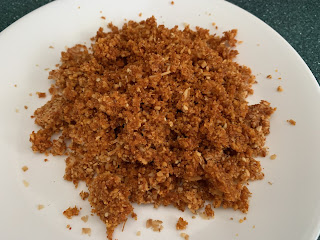 Posted by kmouse at 7:30 PM No comments: