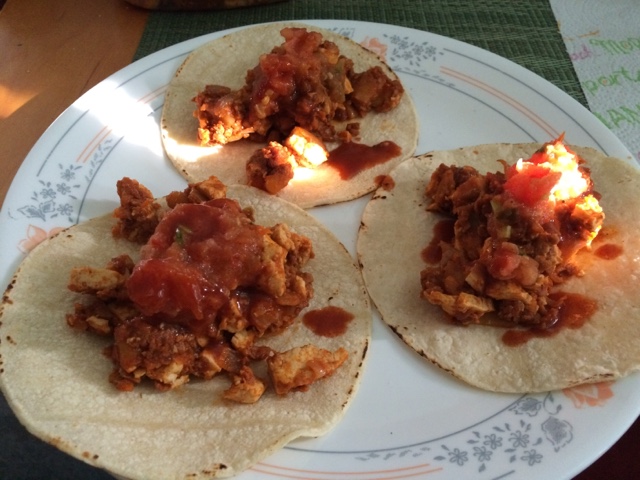 These were amazing. Sautéed some onion and added a whole tube of soy chorizo, diced cooked potatoes and tofu cubes to make the filling. Fresh salsa and Tapatio on top! 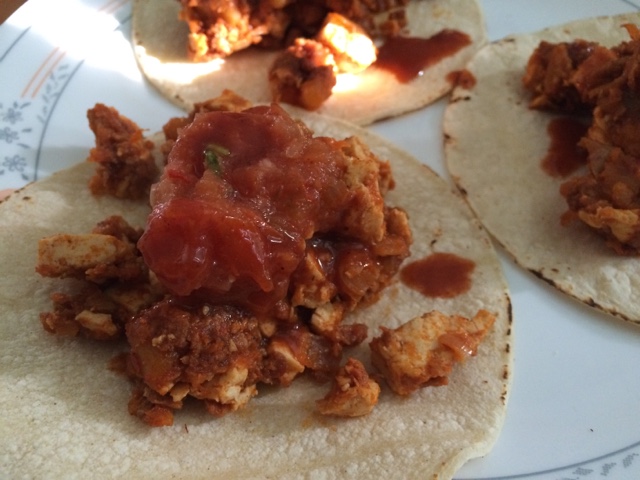 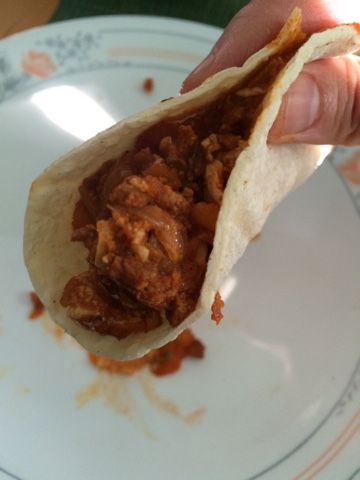 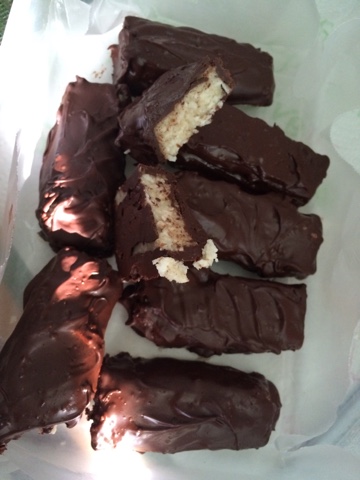 These are healthier version of Bounty bars recipe by The Happy Pear. They're made with coconut oil, dedicated coconut, maple syrup and vanilla for the filling and covered in 65% dark chocolate. Yummeh.
Posted by kmouse at 10:14 PM 2 comments:

https://youtu.be/F84NdEYXiBs
The YouTube video linked above is for the sweet potato fritter recipe by The Happy Pear. These guys seriously cannot do wrong. Every recipe I've made by them turns out epic! 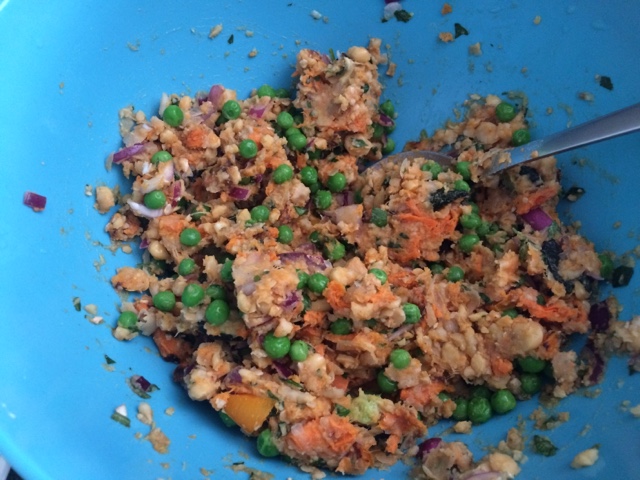 This is pretty much a falafel recipe with roasted sweet potato (and peas) added to it. It's a brilliant idea. Here's my mixture. 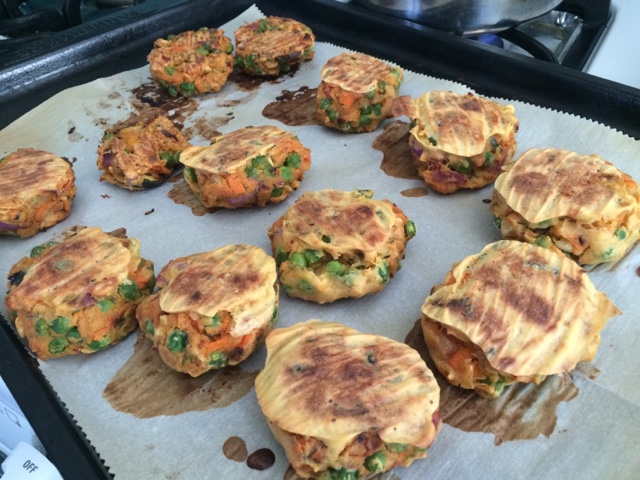 Out of oven! They were battered in gram flour batter before baking in the oven at around 450 F for around 20 minutes or so , flipping halfway. They are originally fried in oil like in the video but I wanted to cut out some fat. 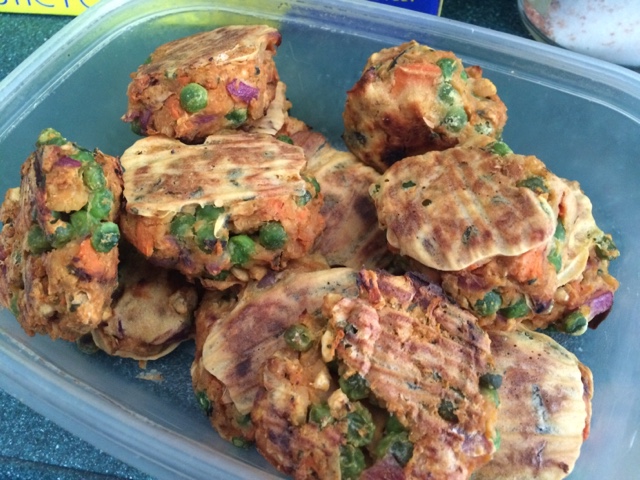 Beautiful! These fritters are super tasty on their own. Hank had a whole one at lunch and one at dinner! 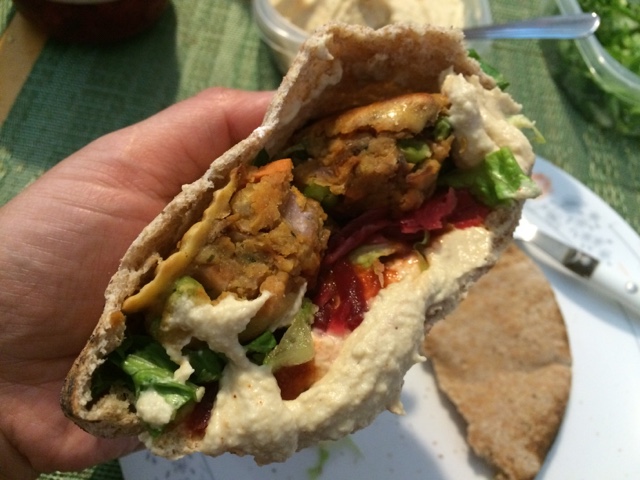 Stuffed in a toasted whole wheat pita  with homemade hummus, Sriracha, beet salad and lettuce. This was EPIC!!!! I was in flavor heaven. 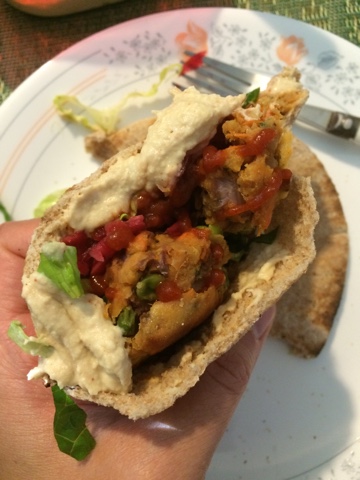 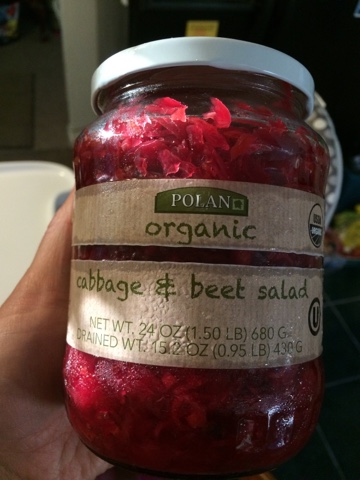 This was the beet salad I used. Good stuff. Available at Big Lots. 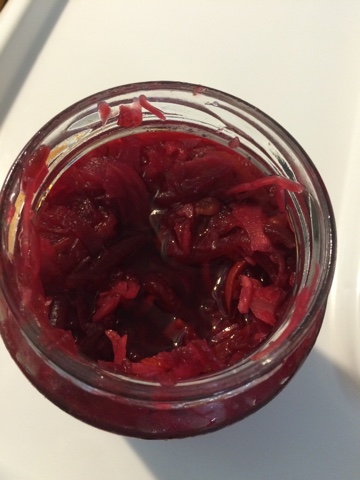 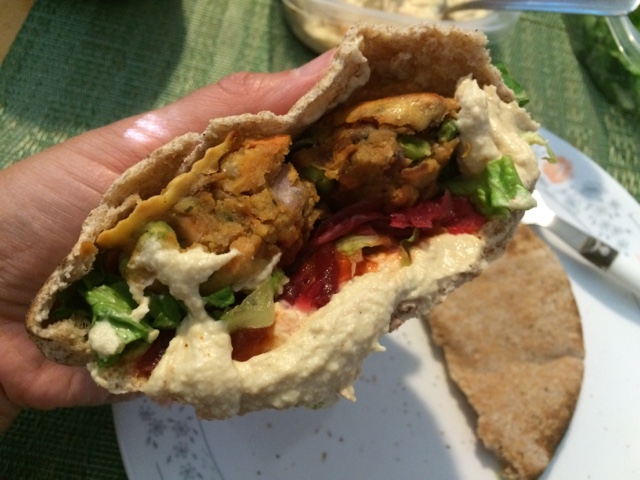 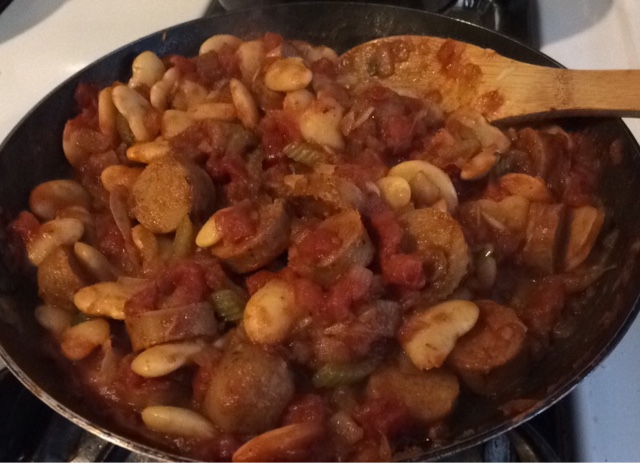 Another Happy Pear recipe on YouTube. I found big Lima beans in a can so I used those and Tofurky Kielbasa sausages. Trying to eat better!
Posted by kmouse at 6:08 PM No comments: 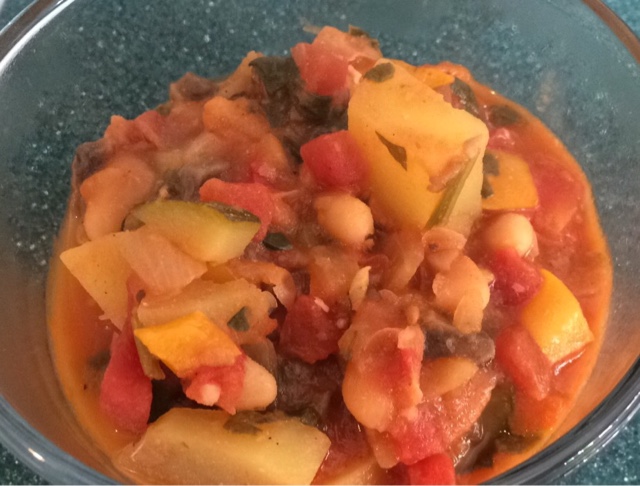 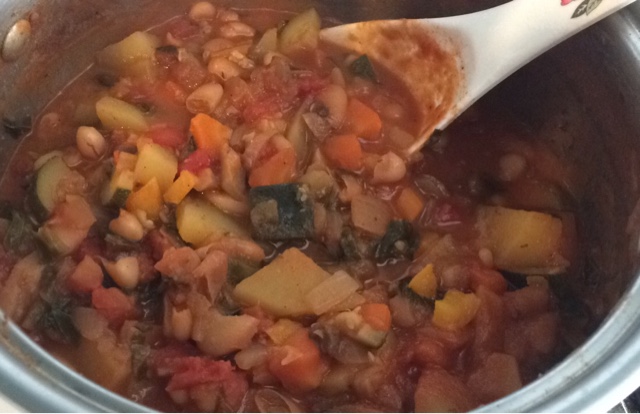 This recipe is from The Happy Pear's YouTube channel. It is super easy and quick to make. I went easy on the spices because I was also making this for the baby. He loved it by the way. 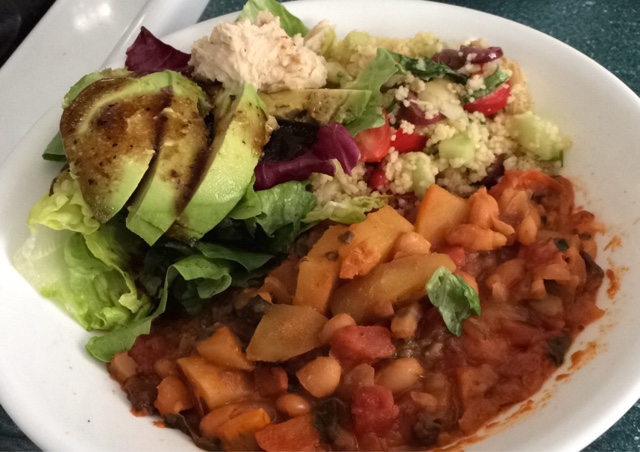 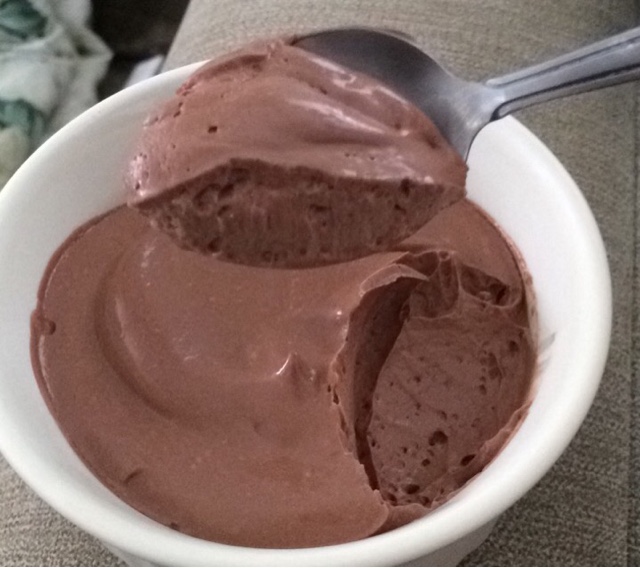 Chocolate pots for dessert. Jamie Oliver recipe on YouTube. I've made this many times. After chilling in the fridge it comes out so fluffy and creamy.
Posted by kmouse at 2:54 PM No comments: 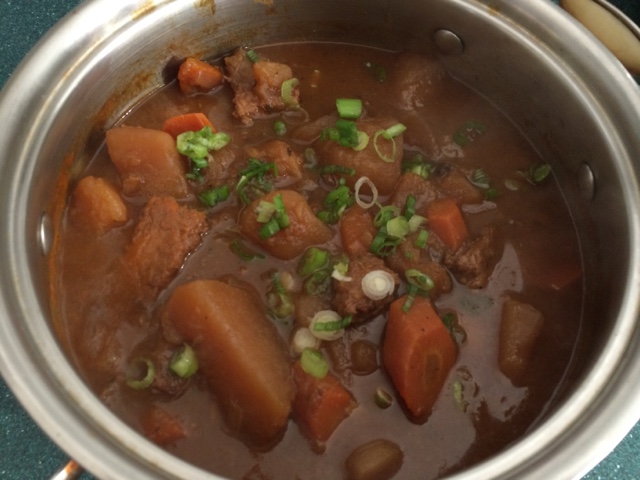 I believe this is my first vegan Irish stew that was made in a crockpot. I adapted a recipe from this blog: https://itdoesnttastelikechicken.com/vegan-irish-stew/
I was originally going to put in Gardein beef chunks but my local market didn't have them so I used Boca Burger patties that I cut into chunks and pan fried with onions, garlic, bits of mushroom, soy sauce, nutritional yeast and some herbs. I layered the potatoes, rutabaga, sautéed onions and leek, then the burger chunks. Covered it with veggie broth that was mixed with soy sauce, nutritional yeast, tomato paste and salt. Cooked on low for about 8-9 hours. After it was done, I added more salt to taste. 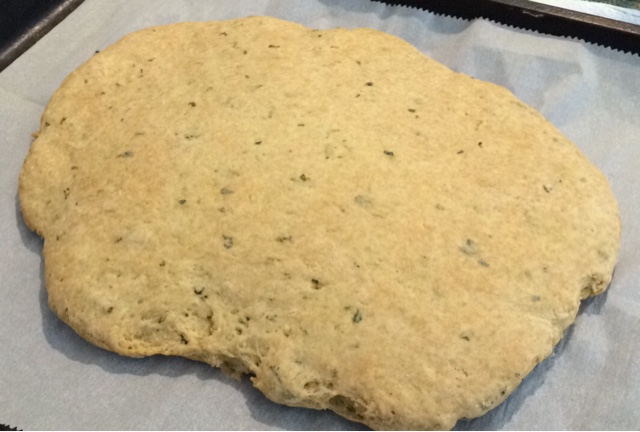 Also made a giant vegan biscuit that I cut into squares. Was too lazy to cut out circles. 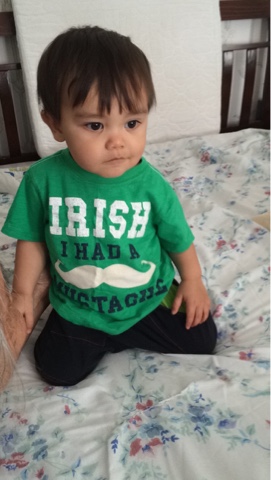 The little Irishman. (Great granddad was Irish!)
Posted by kmouse at 11:20 AM 2 comments: 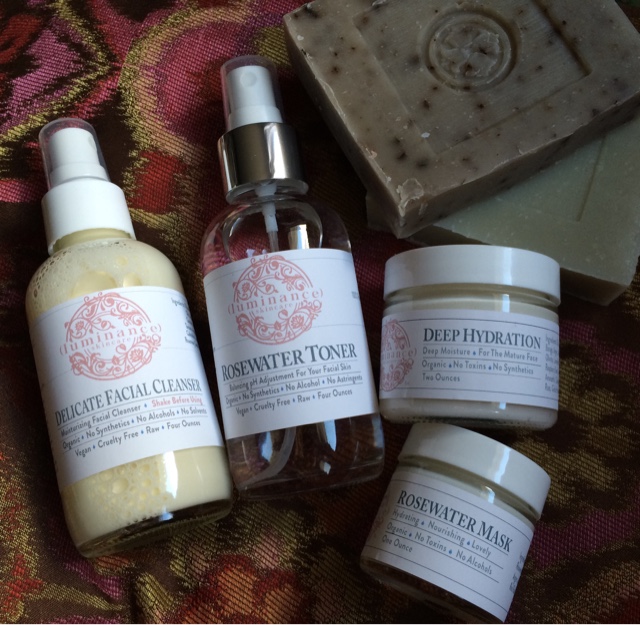 I just received this order today from this amazing brand, Luminance Skincare. They are a vegan, all natural and non-toxic skincare company who care deeply about the ingredients that go into their products. I sent for free samples on their website to try out and I didn't start using the samples until my face got irritated by a vitamin c serum I was using. After the first use of the cleanser, toner and moisturizer, my face calmed down so much. As I continued using them exclusively for several days, I noticed my skin was looking much better and felt really nice! So I placed an order for all of the above except for the Rosewater mask which they included as a freebie! The soaps I got for my husband because they work as shaving soap as well. They are huge bars and smell wonderful (one is Traditional Spices and the other unscented plain). I'm excited to continue using these products. I have discontinued use of all my other cleansers, serums, balms and creams.
Posted by kmouse at 6:17 PM No comments: 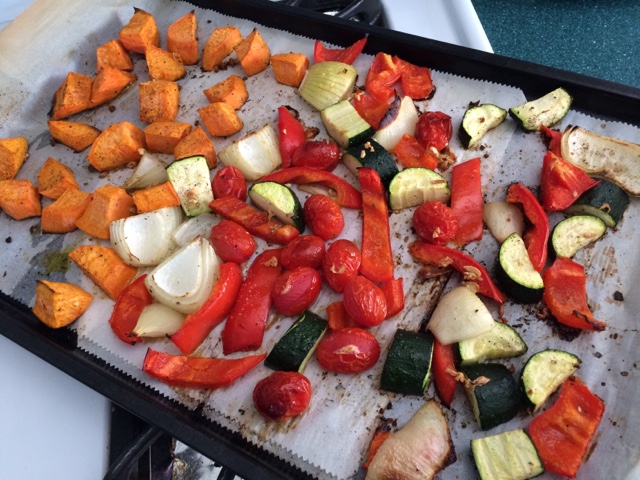 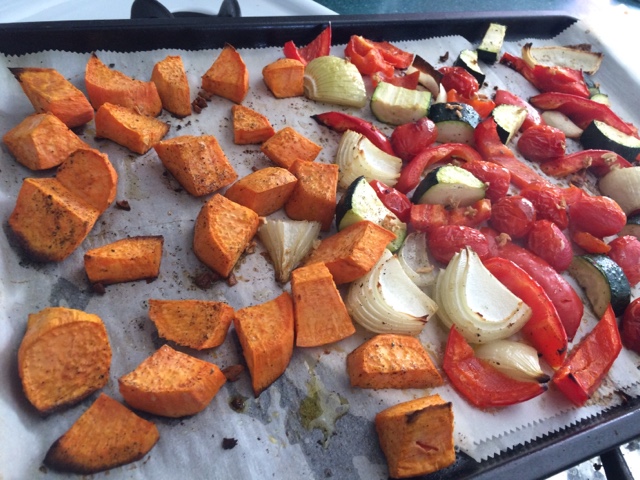 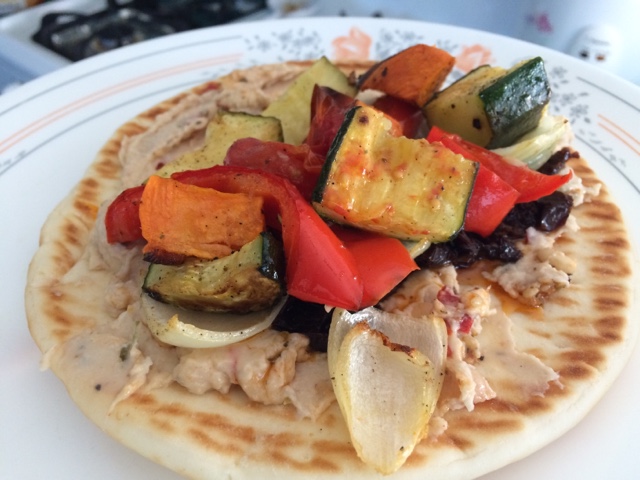 On flatbread with white bean hummus and sundried tomatoes. Satisfying lunch!
Posted by kmouse at 12:54 PM No comments: 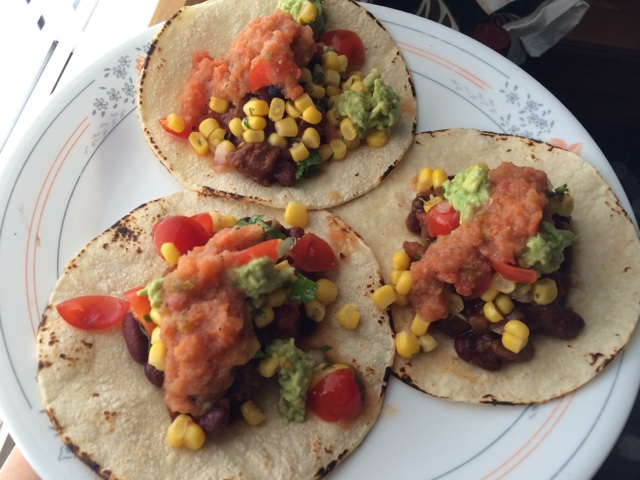 These were yummy! I made a bean and tvp chunk chili yesterday and had a lot leftover. Today it became my taco filling. Topped them with corn salsa, guacamole and salsa, all homemade.
Posted by kmouse at 4:33 PM 1 comment: 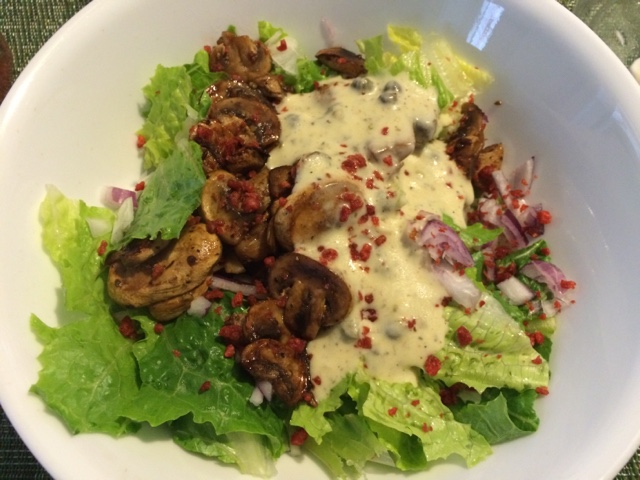 The dressing was from Quick and Easy Vegan Comfort Food by Alicia Simpson. It is delicious! No tofu in it either! I had this for lunch and will again for dinner.
Posted by kmouse at 3:27 PM 1 comment: 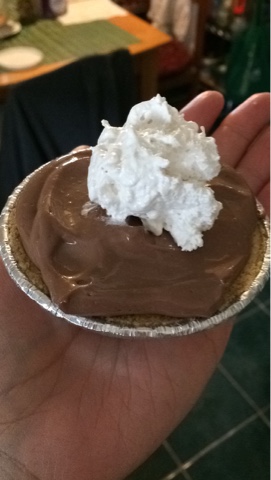 I used Jamie Oliver's recipe for vegan chocolate pots to make this. I made 8 mini chocolate pies and topped them with coco whip. Yum!
Posted by kmouse at 8:07 PM No comments: