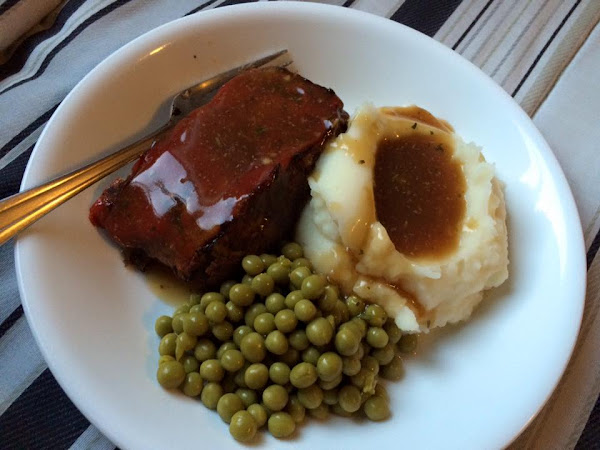 Even though we're having a pretty uncomfortable heat spell this weekend, I still wanted to use my oven to make this meatloaf dinner. The recipe was made by using the Magical Loaf Studio. Mine was black bean based and I also added tofu. The vegetables I used were celery, onions, carrot and cauliflower, basically what was in the fridge that needed to be used! 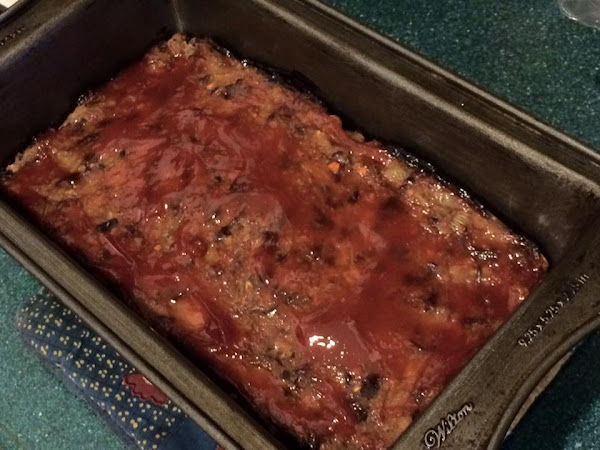 So good! Don't forget the ketchup on top before baking! 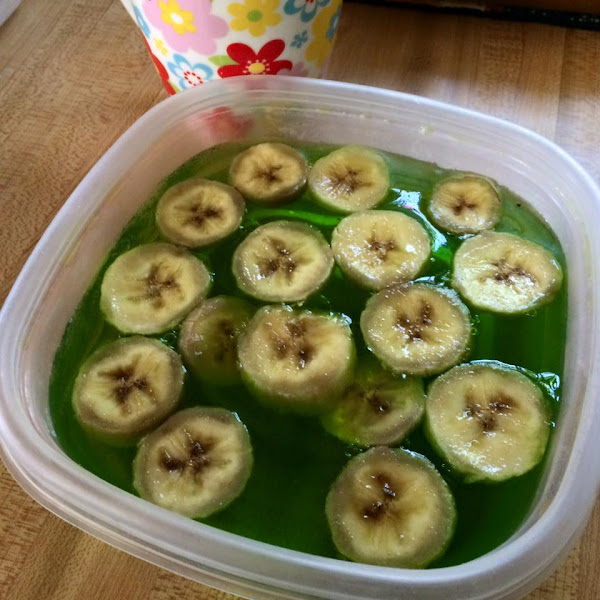 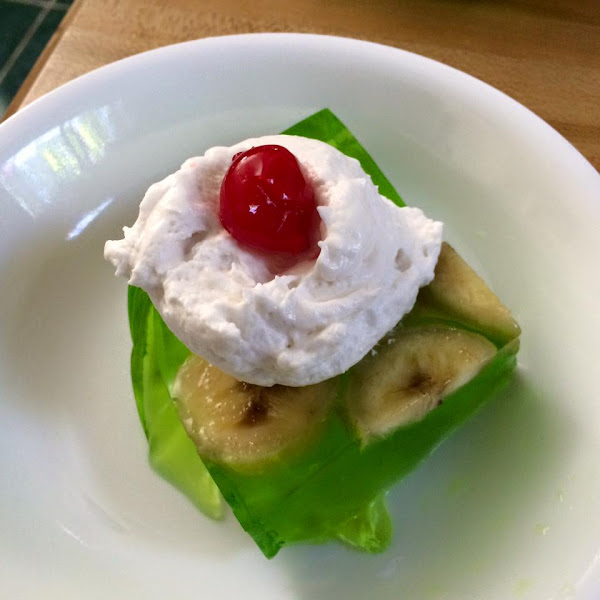 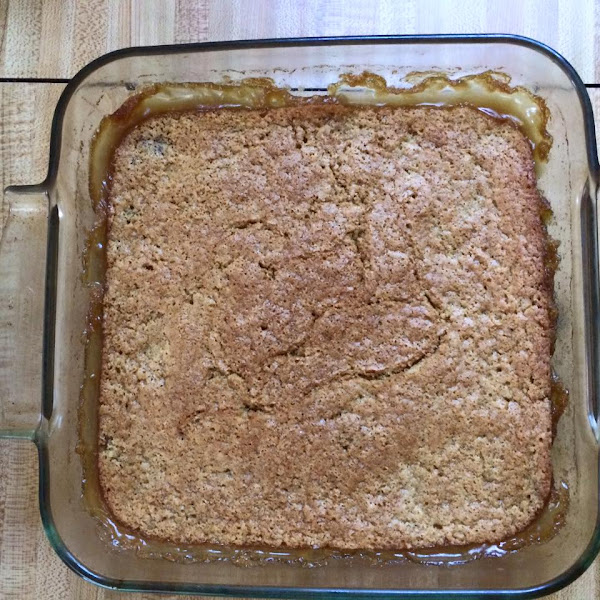 I have an old vintage cookbook that I inherited from my Canadian mother in law that has this recipe in it. Don't know why it's called Radio pudding but the recipe is similar to a french canadian dessert called "pouding chomeur" that my mother in law always made. 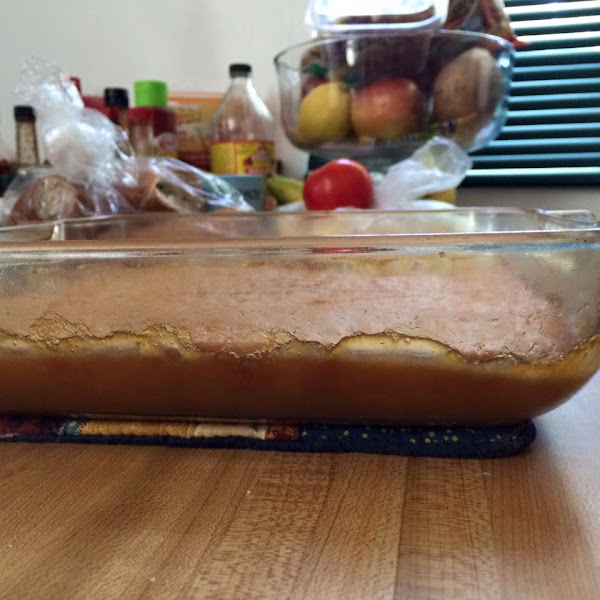 It has a cake/biscuit topping and a caramel/brown sugar sauce underneath. 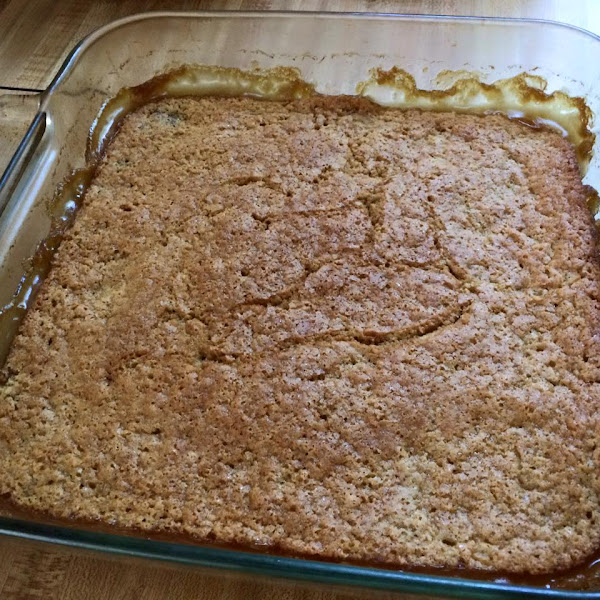 What made this recipe different is that it called for cream of tartar. And this cake is thinner than the pouding chomeur recipe. 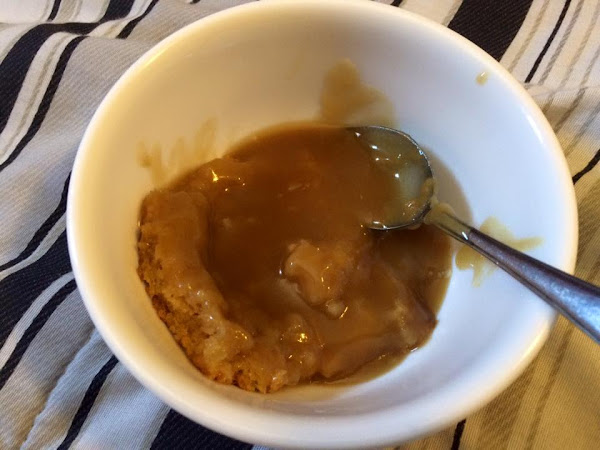 To serve, scoop out a slice and invert into a bowl, add more sauce! 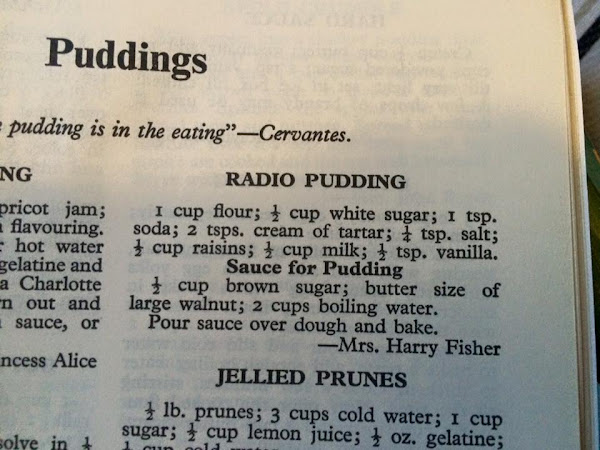 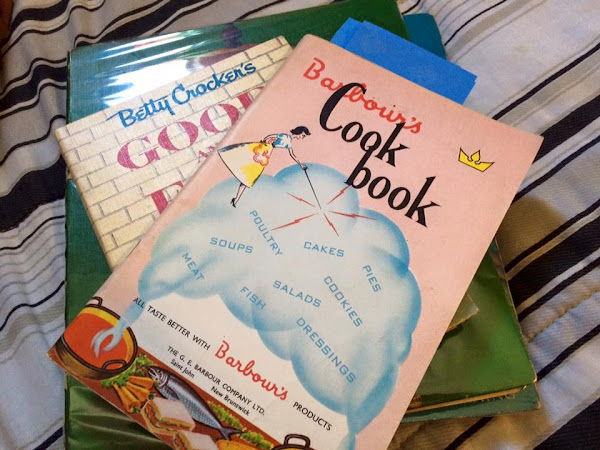 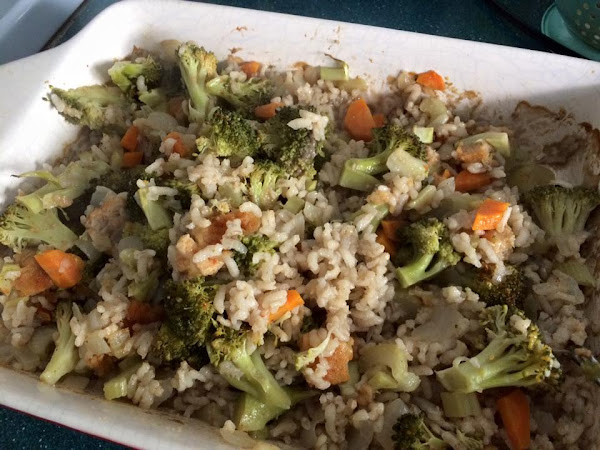 Last week I made this broccoli rice casserole following one of those old Campbell's recipes. Instead of cream of mushroom soup, I used Imagine portobello mushroom soup. It was good. Next time I'll add more soup and more salt. 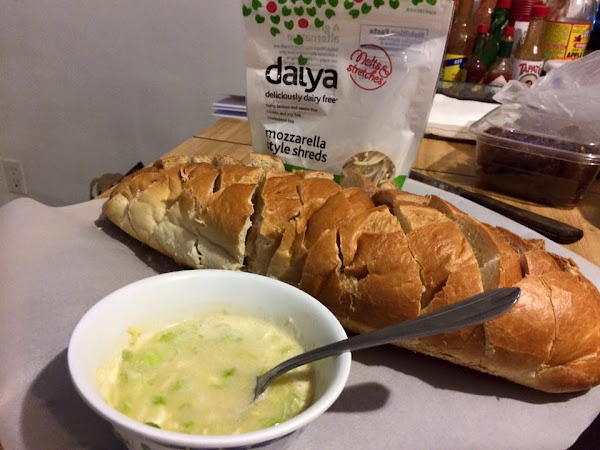 Saw this pull apart cheesebread recipe going around that I had to make vegan. You basically melt Earth Balance, add garlic and scallions. Then you pour this mixture into the crevices of your cut up bread loaf. Wrap it in foil and bake for 10 minutes at 350 F. Then unwrap and fill with cheese, then bake for another 15 minutes unwrapped at about 400 F. 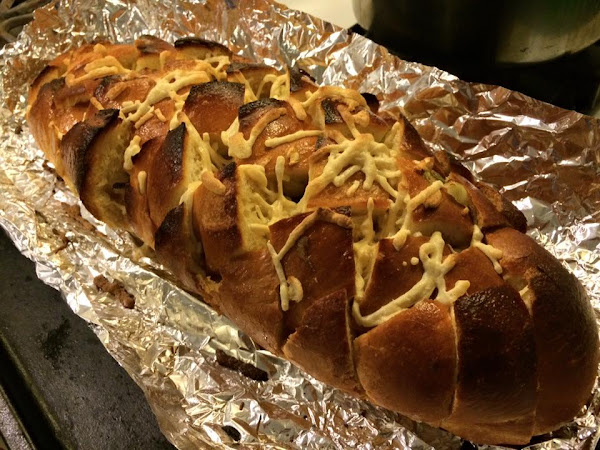 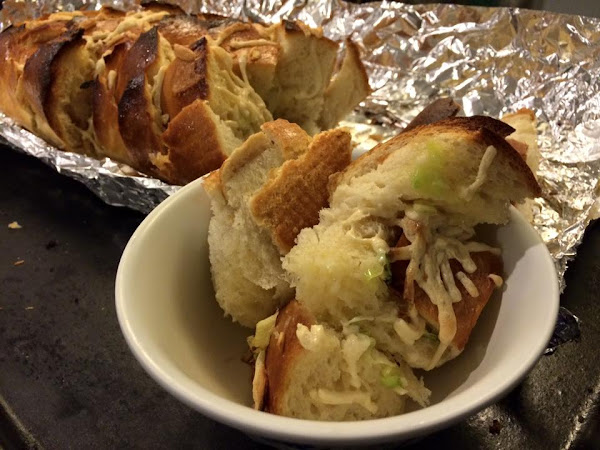 Delicious and so bad for you! I probably ate most of it on my own. The guilt! 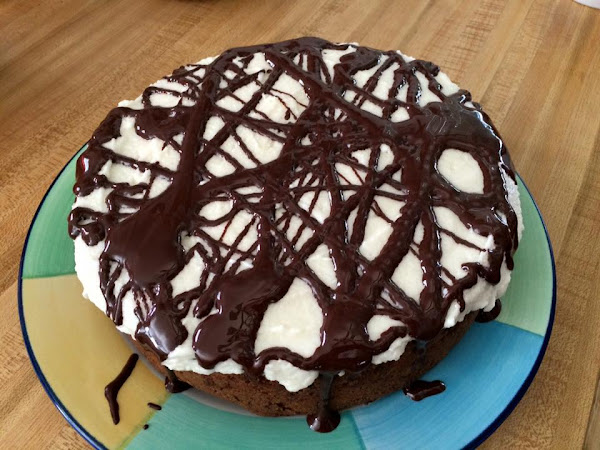 And for weekend dessert, mocha blueberry cake! I used this recipe. I used blueberry instead of plain yogurt so mine had a hint of blueberry flavor. 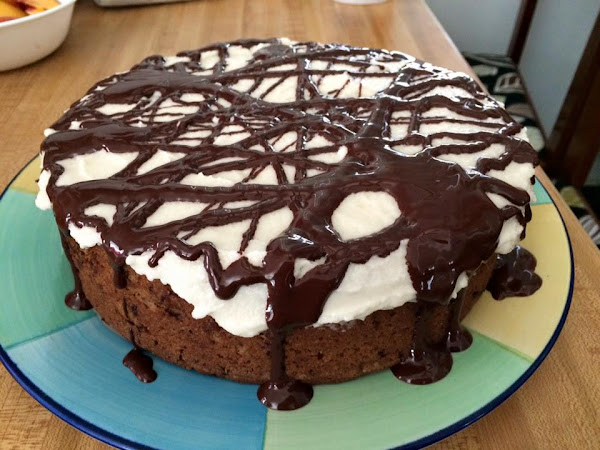 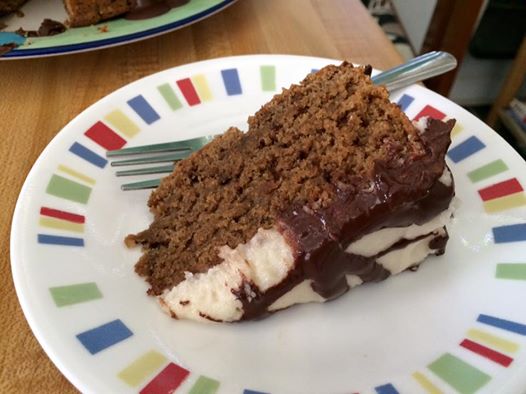 It is intensely coffee flavored. The dark chocolate drizzle is a must to balance out the strong coffee. 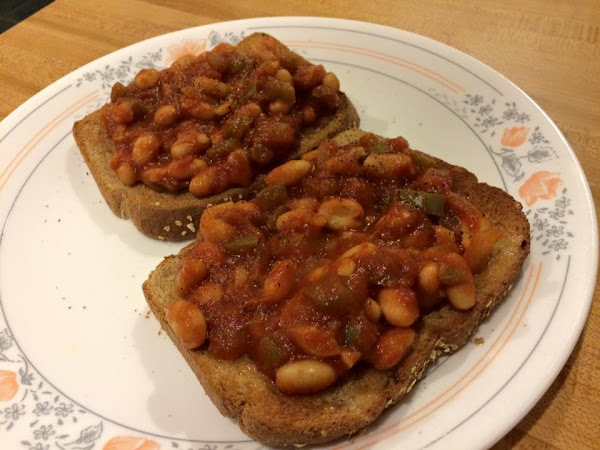 Here's a good weeknight meal idea. Saute a small chopped onion, 1/2 a chopped green bell pepper and garlic in oil until soft. Then add some cumin, chili powder, salt, a can of white beans (drained and rinsed), 1 cup of tomato sauce, a couple tablespoons of bbq sauce, a teaspoon of sugar, a squirt of mustard and a spoonful of white vinegar and simmer for 15 minutes. Serve on buttered toast. You're welcome!
Posted by kmouse at 8:20 PM 2 comments: 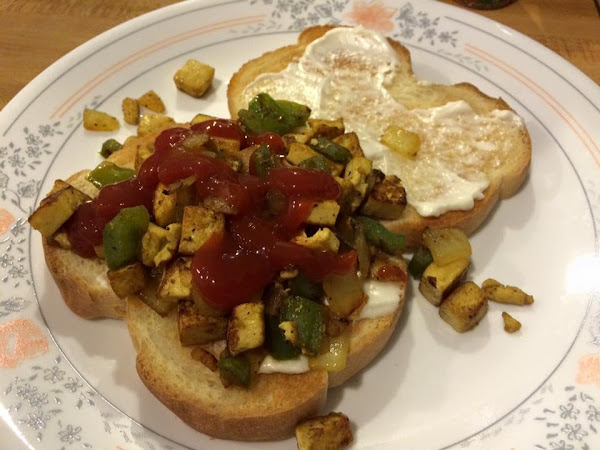 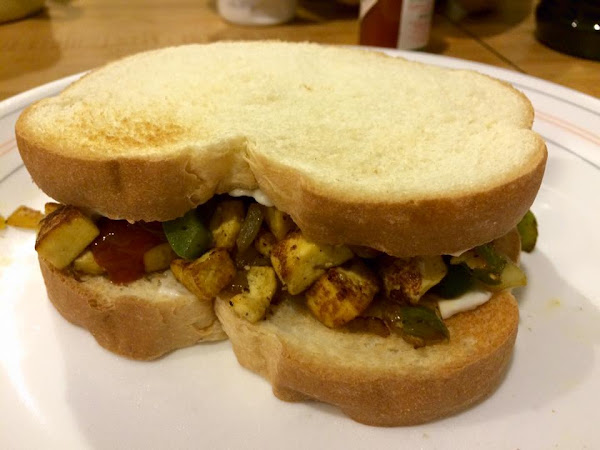 A very sloppy to eat sandwich with lots of ketchup and tabasco. I love it. 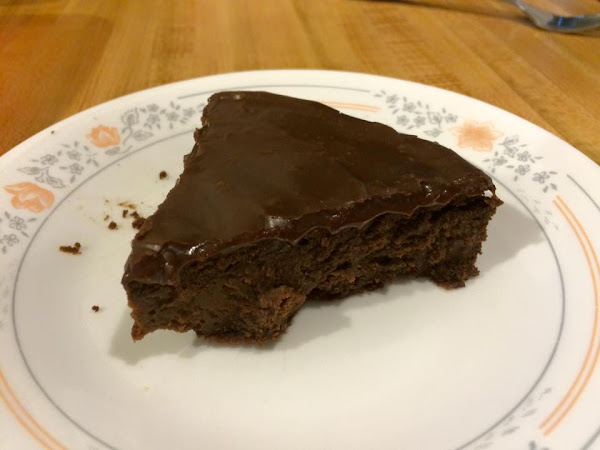 I was in the mood for a silky smooth cake so I made this gluten free chocolate cake (made out of tofu and chickpeas, Godiva chocolate and espresso powder) with a cocoa peanut butter frosting. 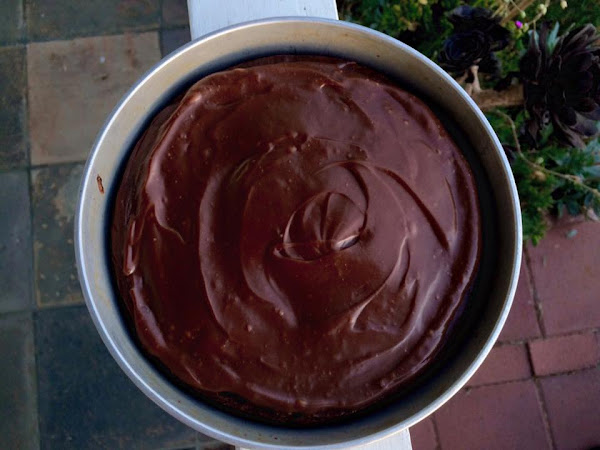 This is all for me! I kind of winged it with the frosting. I mixed up in a bowl: a couple TB peanut butter, powdered sugar, cocoa powder, vanilla and almond milk. Start with small amounts and work your way to the sweetness and consistency you like. I liked it on the thicker spreadable side though I'm sure it would have still worked as a runny glaze. 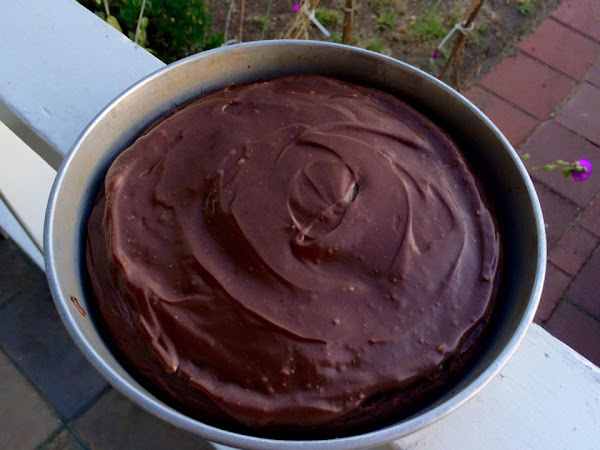 So the day after the bulb exploded in my oven, I wanted to make a cake but didn't want to use the oven until the broken bulb was replaced. I am ignorant about electronics and I believe there are loose wires somewhere and didn't want to risk anything. So I read online that you can make a cake in your rice cooker. I checked different blogs and thought I'd give it a go. The only problem is that when you force your rice cooker to stay on "Cook", you will overheat it and blow the fuse, which is what happened to me. I can probably get it fixed but I decided it was time to get a new rice cooker. 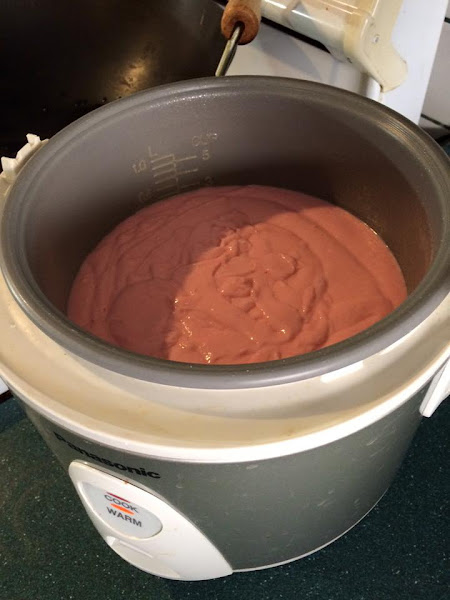 Here's cake batter in my old cooker ready to go. I had to keep it on "cook" by taping the button down. I took someone's advice online to do that. Not smart. 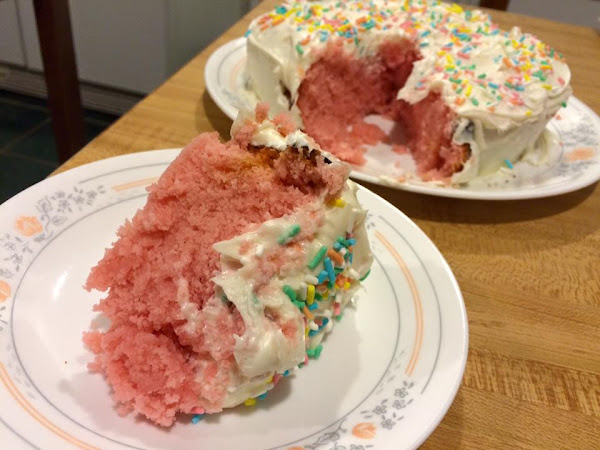 Cake came out very moist and nice. Didn't enjoy it as much because I was bummed that I broke the cooker. 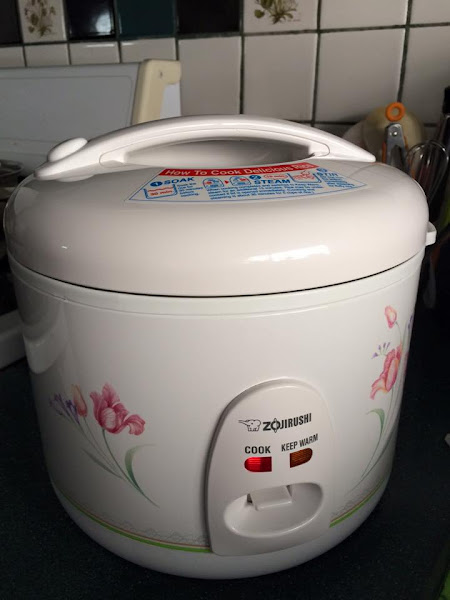 Our new cooker. It was time to upgrade to a Zojirushi which is a very well respected brand. It's a japanese brand but the conventional cooker I got was made in Thailand. Since I am Thai, I thought that was a good sign. I ordered it on Amazon and it arrived a couple days later. It's pretty! I grew up using rice cookers with flowers on them. 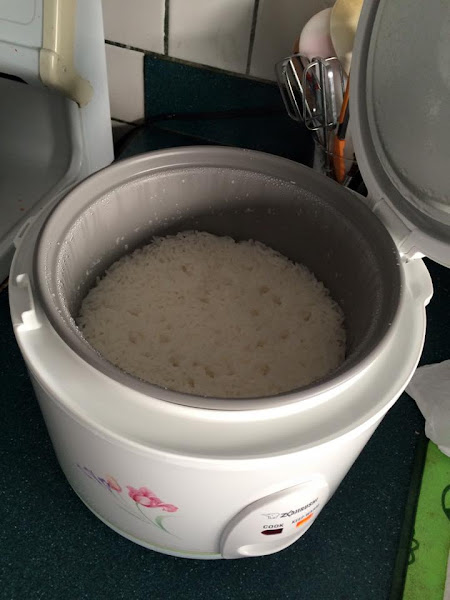 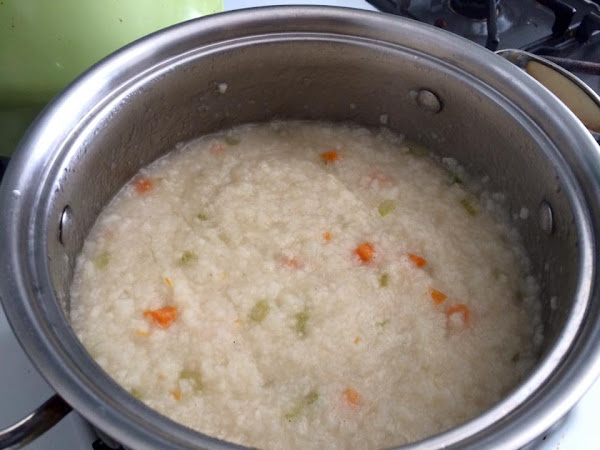 Made a pot of Thai style rice porridge using steamed rice made with the rice cooker. Perfection! 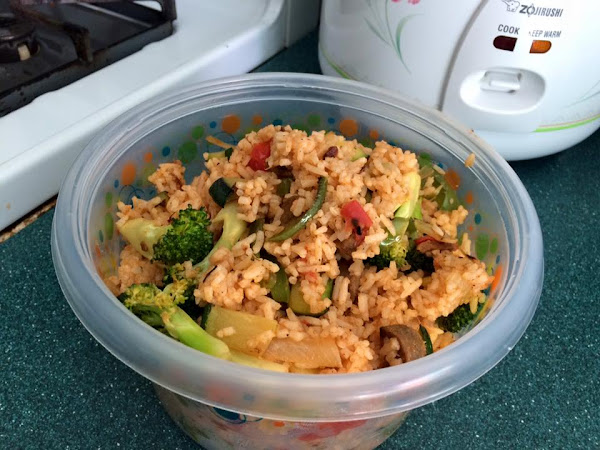 And fried rice again! So the lesson here is DO NOT make cake in your rice cooker, unless you have one of those fancy micro chip ones with a cake function!